The Mitosis Of Movies

“Mitosis: noun – a process that takes place in the nucleus of a dividing cell, involves typically a series of steps consisting of prophase, metaphase, anaphase, and telophase, and results in the formation of two new nuclei each having the same number of chromosomes as the parent nucleus.”

– From the Merriam-Webster Dictionary

Lately there has been an unusual trend in filmmaking. I refer, of course, to the mitosis of book-to-movie adaptations. A popular book series will be made into a hopefully popular movie series. And often, some of the books will be split into parts for the adaptations.

It seems to have all started back in 2009 or so, when it was announced that Harry Potter and the Deathly Hallows, the seventh and final book in the series, would be split into two movies. Movie mitosis may have occurred before then, but this appears to have been what made it really popular.

The mitosis of movies is a strange thing. Sometimes it makes sense; sometimes it doesn’t. In the case of the latter, I suspect that the filmmakers are trying to be hip and do what all the other filmmakers are doing. That rather defeats the purpose of being hip, doesn’t it? As I understand it, being hip means being cool and doing something most people don’t do. (Yet.) At any rate, it’s certainly quite the thing to split up book-to-movie adaptations, particularly for the finale. Sometimes I feel this is brilliant; other times, not so. 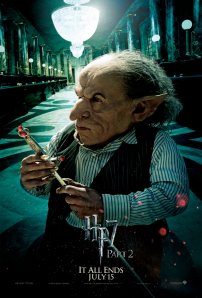 When I first heard that the final Harry Potter novel would be split into two parts, I was skeptical. “They’re trying to make more money and milk this franchise for as long as they possibly can!” I thought. However, because I was (and still am) a huge Potter fan, I asked (read: pestered) my dad, asking if we could see them on the days on their premieres. I helpfully pointed out that because he’d just read the books, this could be a really fun thing to do. So on November 19th, 2010, and June 15th, 2011, we saw Deathly Hallows Part I and Deathly Hallows Part II.

I began to have second thoughts about this halving-an-adaptation business. Part I was stupendous. It isn’t the best movie I’ve ever seen, but it certainly is one of the best. It followed the plot of the book so well. I loved the music and there weren’t any awkwardly stupid moments where the filmmakers tried to insert a joke at a serious moment. It actually made sense; it didn’t seem like the ramblings of a crazy person. This was such an improvement over the previous movies, particularly after Harry Potter and the Half-Blood Prince. I swear the producers of that film were stoned or drunk while making it. It’s absolutely horrid.

I feel a bit differently about Part II. I think it’s the second-best Potter film, but did it meet or surpass my expectations? No. After Part I, I thought that finally the filmmakers knew what they were doing. The next film would be so amazing that I would go into shock. Well, it wasn’t. It was generally good and made sense for the most part, but a number of important scenes were messed up. The scenes in the Forbidden Forest and at King’s Cross were cut short. Snape’s memories were confusing and had about half of the emotion they had in the book.

But on the whole, I felt that it had been a good decision to split the adaptation into two parts. Deathly Hallows is a wonderful but very complex book, with lots of character backstory. Yes, they did make more money by making two movies, but the split also allowed them to tell the story better. There was no way that they would have been able to put the whole novel into a film without having it be about six hours long. There were some scenes that they messed up, but if Deathly Hallows had been one movie, the whole thing would have been a mess.

The first film series to follow in the steps of Potter was Twilight. As you may know, I don’t like Twilight, but please don’t scoff at what I have to say next. Even if I were a Twilight fan, I would have disagreed with splitting Breaking Dawn, the fourth and last book. I will admit that I have never seen a complete Twilight movie; I’ve only seen bits and pieces on YouTube. When the day comes that I want to torture myself, I’ll be sure to watch them, though. So it seems to me that the movies are mostly filled with Kristen Stewart making strange facial expressions and weird noises while the guys wander around shirtless, some of them sparkling. Again, I have not watched an entire Twilight movie, so if there’s more to them then that, please let me know.

I suppose that’s why they split up Breaking Dawn. They probably can’t bear to wean the rabid fans off of Robert Pattinson. (Ew, that’s a weird mental image.) The more shirtlessness and snogging, the better! I’m sure Part I had plenty of that; Part II probably will, but we’ll have to wait until November to see. See, that’s the problem. Breaking Dawn doesn’t have enough action or even character backstory to warrant two movies. It was filled mostly with angst, in fact. But it just wouldn’t be fashionable to end the series with one Breaking Dawn movie.

Let’s move on to something a little more intelligent, shall we? The Hobbit will be at least two films, if not three. I don’t deny that it’s not a complex book; that’s one of the things that’s made it so hard for me to read. (I’ve tried to make it all the way through several times with no luck. But I’m trying again, with the hope of reading the whole series before the first Hobbit film in December.) But Merlin’s pants, people, it’s three hundred pages! I think splitting up some books was definitely a good idea, but why should there be one movie for every hundred or so pages of The Hobbit when Deathly Hallows Part I and Part II each equaled 350 pages? I think the novel could fit just fine into one film.

I learned not too long ago that Mockingjay, the third and final book in the wildly popular Hunger Games series by Suzanne Collins, will be split into two films. (That poster above is fanmade.) Unlike many people, I don’t hate Mockingjay. It’s not as good as the first but it’s better than Catching Fire. I’m eagerly waiting for the Catching Fire film; my mom is really good at mental math and today I asked her to calculate the number of days until the movie. Sadly, it’s not until November 22, 2013, so there are 413 days left to wait. I was happy to find some photos of the early filming already online, although I don’t want to see any more because part of what made The Hunger Games film so amazing was that I didn’t know much about what it would look like. I want a similar reaction when I see the second movie. I can’t wait to see Finnick Odair, Johanna Mason, and Plutarch Heavensbee. I want to see Katniss hang Seneca Crane in effigy! The only reason Deathly Hallows Part I isn’t my favorite film is that The Hunger Games is better.

And yet, I’m in indecision about making Mockingjay into two movies. It’s only four hundred pages. The other problem is that Suzanne Collins doesn’t split her books into halves. She started as a screenwriter, which I had known for a long time. A few nights ago while watching the special features on The Hunger Games DVD, I learned something else. Because she started with scripts, she split each of the five Underland Chronicles and three Hunger Games books into three parts of nine chapters each: three acts with nine scenes. I’d noticed that before, but hadn’t connected it to her screenwriting beginning at all. So you see, it will be difficult to decide where to split the book. If it is done in the middle of the book, it could feel out of place because it will leave the second act unfinished at the end of Part I. Splitting the movie after the first or second thirds will result in lopsided films, as one should be twice as long in theory. This does offer some idea of where the split may be made.

Movie mitosis can be hit or miss. What do you think?

24 Responses to The Mitosis Of Movies