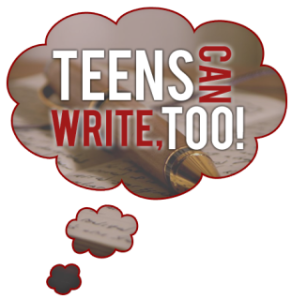 This month’s prompt is:

What kinds of published books would you like to see more of?

That’s a very good question. I’d like to see an increase in many types of books, but two categories stand out to me. I don’t have much to say about the first type so it doesn’t really fit with the rest of this post, but I’m throwing it in anyway because it’s still important to me.

So, first of all I would like to see more mysteries. I want an author (or two or three) who writes prolifically, producing loads and loads of well-written, gripping books. Basically, I want a modern-day Agatha Christie. I wouldn’t care whether their mysteries were intended for YA or adult audiences – I just want a writer with something close to her astonishing talent.

Secondly, I would love to see more books with LGBTQ+ characters and themes. Specifically, I want more variation among such books.

For example, most of the LGBTQ+ books I have read are what you might call “issue books.” They’re very serious and not usually happy. They deal with topics such as coming out, homophobia, bullying, struggling to come to terms with one’s sexuality or gender identity, et cetera.

These books are important, of course, but I wish I had more reading options. When I read a queer book I don’t want to read about homophobia all the time – I deal with enough of that in real life, you know? Sometimes I’d rather read escapist fantasy stuff with happy endings.

I want more books where being queer isn’t an issue for either the main character or everyone in their entire world. So far, Malinda Lo’s Ash is the only book I’ve read that fits that criterion.

I want fewer books in which queer characters are treated as sidekicks or comic relief, and more in which THEY get to be the heroes. I don’t want to be the footnote in someone’s story. I want to see characters like me slaying trolls and searching for buried treasure and befriending dragons!

I would like to see more books with LGBTQ+ characters who aren’t white.

I would like to see more LGBTQ+ stories that are not set in the United States or anywhere in the Western world at all.

I want more books to feature LGBTQ+ children – protagonists younger than their teens – because people need to realize that if heterosexuality is mentioned in children’s books (and it is), then queerness should be featured too. The first example that came to mind was from the Ramona books by Beverly Cleary: Why is it OK for five-year-old Ramona to chase Davy around the playground because she likes him but when (in Rick Riordan’s The House of Hades) fourteen-year-old Nico said he has a crush on Percy, readers made such a fuss?

I want more books with characters who didn’t know their sexuality from a young age, because everyone is different and besides, knowing one’s sexuality can be difficult when one’s culture says that only straight people exist (or deserve to exist). Some of my friends legitimately had no idea until they were sixteen, seventeen, eighteen years old.

I want to see more books in which characters question their sexuality and haven’t figured out their identity by the end of the story because real life is never as simple as we’d like it to be and stories need to reflect that more often.

I would like to see more books with older/elderly LGBTQ+ characters because being queer is not “trendy” or “just a phase” or “an act of youthful rebellion.” I think people tend to forget that and focus on the “omg, first crushes are so cute!” stuff instead.

I would like to see more books with queer characters who are religious – not just Christians but also Muslims, Jews, Buddhists, and more.

I want to see more LGBTQ+ books about queer friendship, not romance, because romance isn’t my favorite genre. Plus, a queer character could have a romantic interest and other friends who are queer.

And when LGBTQ+ books are about romance, I would like to see more couples who don’t have the same orientation. It would help to get rid of the idea that, for example, lesbians only end up with other lesbians and not, say, bisexual girls.

I would like to see more historical fiction featuring queer characters because we have always existed.

I would like to see more fantasy books with LGBTQ+ characters/themes! Consider George R.R. Martin’s high fantasy series, A Song of Ice and Fire. While it’s true that his queer characters tend to be very, very minor players in the story, he’s on the right track – more stories should have gay princes and bi queens and so on and so forth. Some readers try to make excuses for the lack of queer characters by saying it’s just not realistic to include such people, but you know what? It’s freaking fantasy. It’s not realistic to include dragons, mermaids, and centaurs either, but I don’t see anyone objecting to that.

I have a huge love of dystopian novels, especially YA dystopias, so I think they need more LGBTQ+ characters too! For two reasons.

First of all, these stories are set in post-apocalyptic worlds. If there aren’t any queer people in those books… what happened to them? Were they all killed in the apocalypse? In the societies that actually try to be utopias (think Matched or The Giver not The Hunger Games), does queerness not fit into their vision of a perfect world? That’s a disturbing thought.

Secondly, many YA dystopian novels – The Hunger Games, Matched, Cinder, et cetera – have a subplot of “omg, the government doesn’t approve of our love and is trying to keep us apart!” Ahaha. Ha. Ha. Look at Cassia being kept away from Ky in Matched and then look at the marriage equality bans across the United States and most of the world. One situation is made-up and the other is actually happening. So why aren’t there LGBTQ+ dystopian stories that critique this?

By the way, if you’re interested in reading more about this subject I recommend this excellent article found on YALSA’s website: “The Government Can’t Stop Our Heterosexual Love: YA Dystopia From A Gay Perspective.”

Love triangles are everywhere in YA and I want to see more books with LGBTQ+ love triangles because those things just don’t work properly with straight characters. Real love triangles require each person to be interested in the other two, and whether there’s a guy and two girls or a girl and two guys… it’s just not going to work if all the characters are heterosexual.

And last but not least, I would like to see more LGBTQ+ series. Standalones can be great, but sometimes I really want book after book after book with the same character(s) and I don’t know of any queer stories like that.

What about you, fellow bloggers and minions of mine? Which of the ideas listed here would you most like to see? And do you know of any LGBTQ+ mysteries? Because that would make my day.