So you may remember that back in April, I wrote a post aimed at my fellow bloggers who either just graduated or will soon graduate from secondary school. (For American teens, this means they just finished their senior year of high school. In other countries… well, it varies.) I was looking for people who would be interested in writing collab posts about their school/graduation experiences.

Eight lovely, lovely bloggers signed up, and today I’m publishing the first post of a four-part series! Originally I thought I’d include everyone’s contributions in one post, but that post would’ve been GINORMOUS. So I decided to split that huuuuuge post into four much-more-manageable regular-length posts.

My goals for these collab graduation posts are as follows:

Today, Holly and Shalom will be talking about their thoughts on high school, graduation, college, et cetera. I feel like I should do a little introduction for each of my contributors here, so I’ll just say… I actually only recently met these two!

I found Holly’s blog right before I started looking for collab writers, and I met Shalom as a result of my sign-up post. Sooooo I haven’t known them as long as I’ve known some of the other bloggers in this series, but I can’t wait to get to know them better! Holly writes awesome posts about books and writing, while Shalom makes me laugh, like, A LOT.

ANYWAY. I’ve rambled for long enough, so I’ll shut up now and let these two great bloggers tell you about GRADUATION-Y STUFF. Enjoy!

Future plans: Major in English and Spanish at Wheaten College in Norton, MA 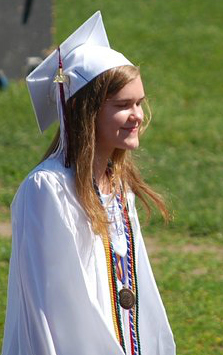 My senior year of high school was certainly a crazy one! Tough classes, a few medical issues, and some ups and downs with friends made it a challenging one at times, but the amazing memories I’ve made make it all worth it. I’ve felt more confident about myself and who I am this past year than ever before. Not only do I feel more comfortable in my own skin, but I feel as though I’ve matured and developed my own sense of self and personality. It was by far my favorite year of high school!

What Does The Future Hold?

Graduating from high school was honestly so surreal, and I’m still not sure that it’s fully hit me yet. I remember being eight years old and thinking: I’ll never be thirteen, that’s so far away! It’s weird to think that now I’m technically an adult, and that I’m in control of my own path now. I think that there’s a part of me that still believes I’m returning to high school for yet another year in the fall. Won’t that part of me be pleasantly surprised!

Beyond attending college, my future is sort of blurry in my mind. I know that I want to incorporate writing and language into whatever career I eventually pursue – however, I’m not quite sure what that will be yet. But I’m excited to start this new chapter in my life, and I can’t wait to see what awesome friendships, experiences, and opportunities it brings!

At the top of my list of my favourite memories this year, there would be my school’s Major Production of The Fantasticks. I got a lead role, and it was my first musical, and I sang in front of three hundred people, which I never thought I’d be able to do. I learned so much and trusted myself and it was great.

Also, my matric dance, which is kinda like prom here in South Africa? It’s happening on the 25th, so that’s a bit of a premonition. Or when a lovely girl ran into school and said “I came out to my gran and she loves me” or when someone told me I’ve helped them hate themselves less. (Ahhhhh that made me happy cry.)

I think my fave memory will maybe be finishing my final exam in November, to be honest. I’m ready to be done. (Note: In South Africa, the school year starts in January and ends in December – November for matrics/twelfth grade – so I’m only halfway through my senior year, I guess!)

Take care of yourself. Nurture your brain and never let school destroy your love of learning. Take care when you help others – don’t become a martyr. Take photographs! Take as many pictures as you can, and even if you don’t like photos, be in many. You’ll regret it if you don’t. Remember that regardless of what they tell you, school doesn’t dictate life. You don’t have to be unsuccessful just because you failed your physics exam.

Watch people more and pay attention to the way they treat you. It! Is! Okay! To! Cut out! 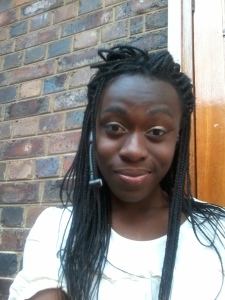 For the love of all that’s good, be tolerant.

Remember that life has a hopeful undertone! If you’re battling, remember: “No one else is dealing with your demons, meaning maybe defeating them will be the beginning of your meaning, friend.” Be unashamed of what/who you like! Love unabashedly. GO HARD. Tread gently around others. Friends come and go – some stay! yay! – but you’ll never feel loved enough if you don’t love you first.

Be fearless in the pursuit of what sets your soul on fire. It’s hard and dangerous but I hope it’s worth it.

I chose psychology and sociology because I love people. Like, I adore people so much and I just like getting into their heads and understanding how and why people operate the way they do.

Also, psychologists have played a big role in my life. I remember one session with mine, Megan, where she told me to write a list of the reasons I was going to stay alive – I was darkly suicidal at that point – and all I could think of was for teenagers like me ten years from now.

I’m SO EXCITED about the possibility of me studying in the USA next year, and even if I don’t, of moving out of the city I’m in right now to go to uni at the sea.

MAJOR help with anything uni related is the studyblr community on tumblr: Here are a whole bunch of resources about entering collegiate life and how to deal.

I’m also really nervous that I won’t be able to achieve or enjoy college as much because of my anxiety disorder, but I’m trying to keep my head up and pull through.With heads up and breath in, all together now – forward.

Has anyone here recently graduated? Or will you do so quite soon – midway through the year, perhaps, or next summer? If you’ve already graduated, what was your favorite part of finally finishing school? And is there any advice you’d like to give to Holly and Shalom?!

P.S. HAPPY EARLY BIRTHDAY SHALOM. Also, I know I already said this in an email, but I freaked out when I saw that you were considering the University of Iowa because that’s where I’m headed this fall! Oh my god, it would be so much fun to meet another blogger! I mean, I want to meet all my bloggy friends, but some meet-ups are, um, more likely than others? I don’t think I’ll make it to Australia any time soon, for example. (Sorry!)