LGBTQ+ topics are super important to me – I love reading about them, and learning more about them, and discussing them. And I REALLY love writing about them! This includes ALL the identities – I’m trying to make sure that I talk about lots of sexual/romantic orientations and gender identities, and not just some of them.

And, well, this seemed to do a post about asexuality! I think there is a lot of misinformation about all non-straight sexual orientations, but asexuality is definitely one of the least understood. (And some people refuse to understand it by learning more. What’s up with that?!) I was SO HAPPY when Spectrum – my college’s LGBTQ+ student group – announced that our first meeting would be devoted to learning about asexuality!

So, what is asexuality? In short, asexual people don’t feel sexual attraction. To anyone. That’s it. There is also aromanticism, which involves a lack of romantic attraction, and THEN there’s all the ace- and aro-spectrum identities. Like, some ace-spectrum people feel attraction only after developing a close relationship with them – they don’t get crushes until they’ve known the person for a looooong time! (That’s gray-asexuality or demisexuality.)

Asexuality is more common than you may think – asexual people make up 1% of the population, which may not seem like much, but… that’s also the percentage of US citizens who are from Chicago, more or less. Apparently. (I learned that at the Spectrum meeting and now it is my favorite fact about asexuality! My next-door neighbors are both from Chicago, so my little nerdy queer self thinks about this every time I walk past their door.)

So, yeah. IT’S IMPORTANT TO TALK ABOUT ASEXUALITY. I didn’t even hear about it until I was 17, and I didn’t realize that it was completely normal until I was 18. And that’s really not how things should be! Hence, I am doing a post about asexuality to A) help people learn about it (hopefully), and…. B) fangirl.

BECAUSE YES. I AM DOING THE ASEXUAL AWARENESS WEEK FANDOM CHALLENGE. This made the rounds on the Internet last year, but by the time I saw it, AAW was already over, so I thought I’d save it for next time.

Today, I will be discussing my favorite asexual, aromantic, and ace-spectrum headcanons! I think it’s incredibly important to find characters we can relate to, and I have a ton of queer headcanons!

That feeling of finding a character who reminds you of yourself in some way – especially in some way that others may not understand, or may even look down upon – is soooooo amazing. (“What makes you happy, Engie?” “Oh, I don’t know… maybe spending the evening examining queer identities through the lens of literature. Yeah, that’s it. That’s definitely it.”

But before I move on, here are a few in-depth definitions!

And for clarification: “Ace” and “aro” are abbreviations of asexual and aromantic!

P.S. I’m not anywhere on the ace or aro spectrums, so… if there are any mistakes in this post, please feel free to correct me! I checked and double-checked everything, but it’s completely possible that I may have missed something, or could have phrased something more clearly. So don’t hesitate to let me know, and I will make the necessary changes here! 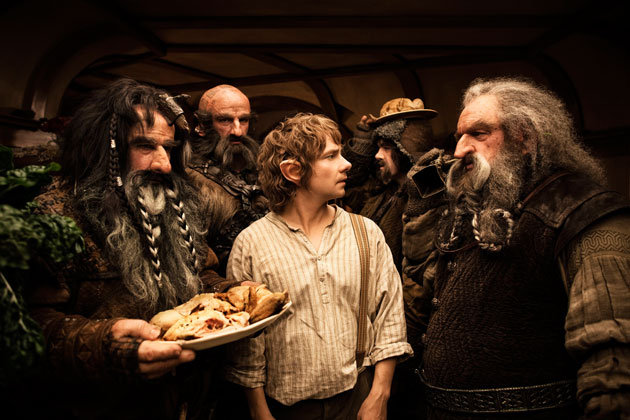 A male character you see as asexual

ACE BILBO BAGGINS FTW. He never marries*, and is perfectly content to fill his life with books and maps and adventures. (And the other hobbits thought he was strange for that, but… who cares what the Sackville-Bagginses think, anyway?!)

*Some ace people are/have been married, though! Being asexual doesn’t necessarily mean you don’t want to get married, but in this case I just can’t see Bilbo being at all interested in doing so, not when there are ADVENTURES to have and DRAGONS to meet.

A female character you see as asexual

I see China Sorrows from the Skulduggery Pleasant series by Derek Landy as ace aro! She’s “the most beautiful woman in the world,” and pretty much everyone flirts with her, and it is ACTUAL CANON that she doesn’t understand it.

Like, one scene from the… fifth? sixth? seventh? book really cemented this headcanon in my mind – some guy is flirting with her, and she’s literally just like, “That’s… nice?” She was completely befuddled, and even a bit awkward about it too, which is soooo not like her because normally she’s always eloquent and in control. I have a lot of feelings about ace aro China Sorrows.

(OK OK I’M SORRY I DON’T HAVE ANY PICTURES HERE. OMG I TOTALLY RUINED THE THEME OF BIG SHINY PICTURES THAT I HAVE IN THE REST OF THIS POST. EURGH. But I’m not too impressed with most of the official character art… see, this why why this fandom NEEDS a movie. So I can put pictures from that into my fangirlish posts. Obviously.) 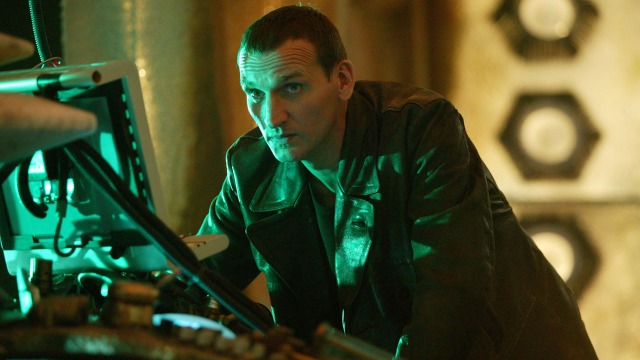 A character you see as gray-a or demisexual

Oh my god, where do I even start?! I have a looooot of queer headcanons for characters on that show, and I think all regenerations of the Doctor are ace-spectrum. (This is actually one of the most popular asexual headcanons in fiction! Bilbo Baggins, Sherlock Holmes, and Katniss Everdeen are other super popular ones I’ve seen.)

And I think it’s cool how his orientation changes with each new regeneration – I haven’t read/watched any of Eight’s stories but from what my friends have told me, he sounds pretty ace aro. Eleven and Twelve are definitely ace aro, as well, and I think Ten is ace panromantic.

But my FAVORITEST ace-spectrum!Doctor headcanon of them all is demisexual!Nine… which isn’t really surprising, if you know me, because Nine is my favorite Doctor. I loved watching his relationship with Rose develop – first they were acquaintances, then friends, and then after a veryyyyyy long time he fell in love with her. It was definitely a slow-burn romance, and I love that. Rose is the only person I ship with the Doctor, and only with Nine.

A ship you would like to see as an asexual one

I think Clint is ace aro, and… oh god, I just realized I can make “ace arrow” puns about him too. OMG ISN’T LIFE AWESOME?! My queer headcanons for Natasha keep changing – ace aro? Asexual demiromatic + biromatic? I DON’T EVEN KNOW. All I know is that these two form, like, the best asexual pairing EVER, and I love them so much.

One of the reasons I think they work so well together, actually, is that they are both ADORKABLE IN THE FACE OF AWFULNESS. Clint is depressed and Natasha struggles with the whole “oh god I assassinated hundreds of people and I don’t know how I can ever make amends for that” thing, and they both respond to this by making jokes and basically just acting like total dorks.

(Oh no, now I’m getting emotional about comic book characters again… I need to stop doing that. I NEED TO SAVE THOSE FEELING FOR MY SUPERHEROES UNLEASHED CLASS TOMORROW. WE’RE STUDYING SUPERHEROES. OMG.) 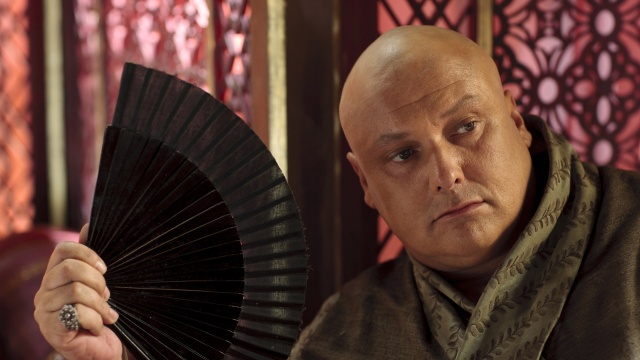 A male character you see as aromantic

OMG SASSY VARYS IS SASSY. I found that picture yesterday and right away I was just like, “Oh my god, I have to use this one. I HAVE TO.”

There’s a scene in season four with Varys and Oberyn Martell (who is hella bisexual) and… OMG I LOVE IT SO MUCH,

OBERYN:  You did like boys before?
VARYS: [Shakes head]
OBERYN: Really? Girls? Hmm. I hope you won’t be offended when I say I never would have guessed.
VARYS: Not at all. But I was never interested in girls, either.
OBERYN: What then?
VARYS: Nothing.
OBERYN: Everybody is interested in something.
VARYS: Not me. When I see what desire does to people, what it’s done to this country, I am very glad to have no part in it. Besides, the absence of desire leaves one free to pursue other things.

Oberyn was confused, so he asked what those other things were, and… VARYS JUST LOOKED OVER AT THE IRON THRONE. OMG. Like, 99% of the behind-the-scenes political manipulation is done by either Varys or Littlefinger, and I looove this idea of Varys using his lack of interest to an advantage – he plays the game of thrones very well. 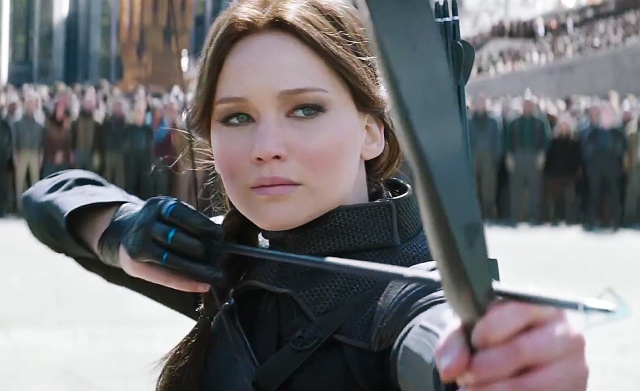 A female character you see as aromantic

OMG. I headcanon Katniss Everdeen as ace aro, actually, WHICH ALLOWS ME TO MAKE SOOOO MANY TERRIBLE PUNS ABOUT HOW SHE IS ALSO AN ACE ARROW. (I’m sorry… not.) Katniss isn’t into romance (or sex, either, I think) – she just plays it up for the audiences in the Capitol, because pretending to be in love with Peeta will ensure her family’s survival. She never seems all that into kissing either Peeta or Gale. I think she does have intense friendships with both of them, and loves them as a friend does.

(Also! Asexual people can totally have/want to have children, and I think Katniss is an excellent example of that. Aaaaand here is an excellent analysis of ace aro Katniss.) 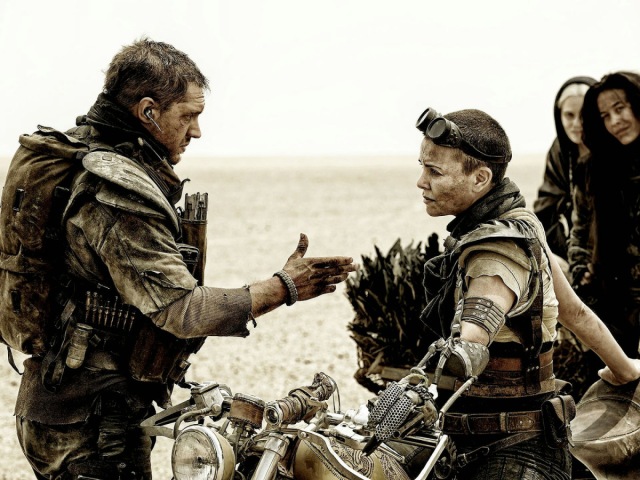 A ship you would like to see as a platonic one

SO APPARENTLY PEOPLE SHIP MAX AND FURIOSA. I DON’T UNDERSTAAAAND. To me, one of the best parts of Mad Max: Fury Road was the friendship! I mean, they explode things and fight evil guys and drive approximately 5938753476203 times faster than I would ever dare. (Because I am a wimp. Also, because I don’t live in post-apocalyptic Australia and no one is chasing me…) OMG THEY ARE THE BESTEST BADASS FRIENDS EVER. I just don’t see why people feel the need to add romance to a film that doesn’t have any.

Tell me about YOUR favorite ace-spectrum headcanons! I always love finding more… and this post was by no means an exhaustive list of my favorites! I should definitely make a top ten list of my fave ace headcanons at some point, right?